FREIGHT CARS WITH A LOCAL CONNECTION

A light gray covered hopper was added in 2017 and has markings for the “Northwest Magnesite Plant”, which was located in Lower Township, near the borough of Cape May Point.  The site was adjacent to Sunset Beach, a popular tourist attraction on the Delaware Bay which features the remains of a sunken concrete ship which ran aground a few hundred yards from shore. The magnesite plant was built during World War II and was operational until 1982.  Rail service to the area ceased in July of 1983.

The flatcar is maroon and has PRSL markings in white.  It features cargo containers destined for Hunts Pier, a very popular former amusement pier on the world-famous Wildwood Boardwalk.

In 2019, an MTH Proto3 locomotive was added to the series.  The PRSL AS-616 diesel replicates a typical engine that the PRSL used for both freight and passenger service, as shown in the photo taken September 2, 1965, in Haddonfield, New Jersey.  (Photo Credit: Roger Puta)

This locomotive model was very well-received locally and an order for a second run was placed in 2022. 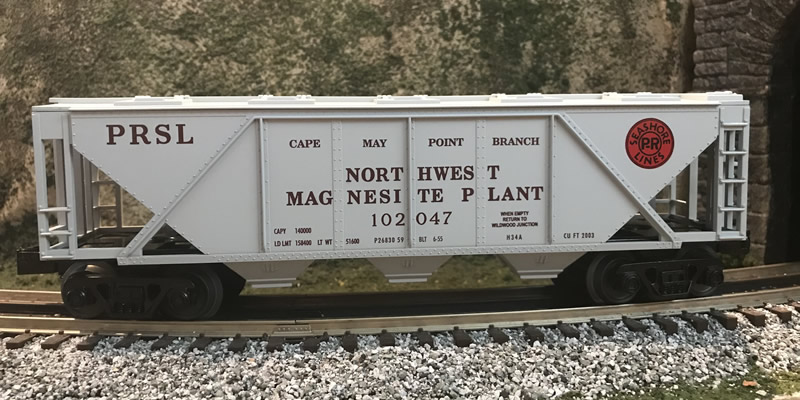 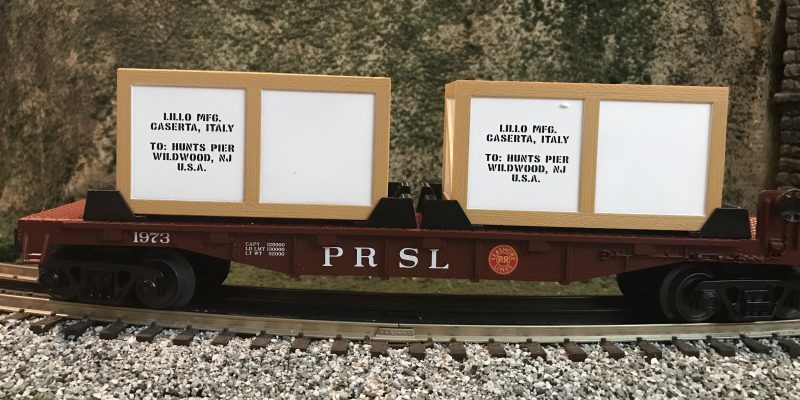 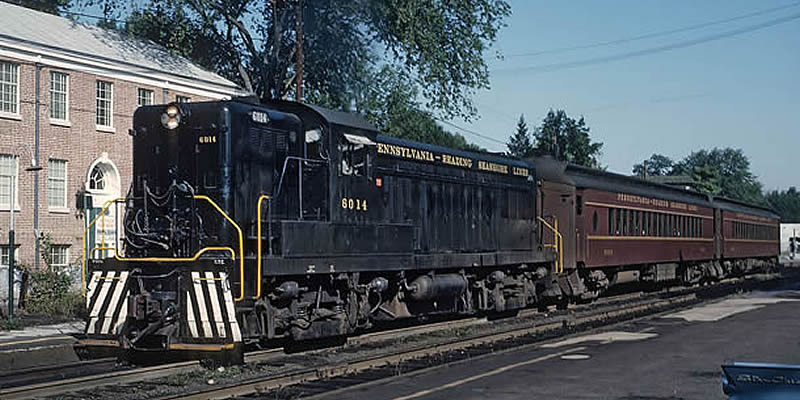