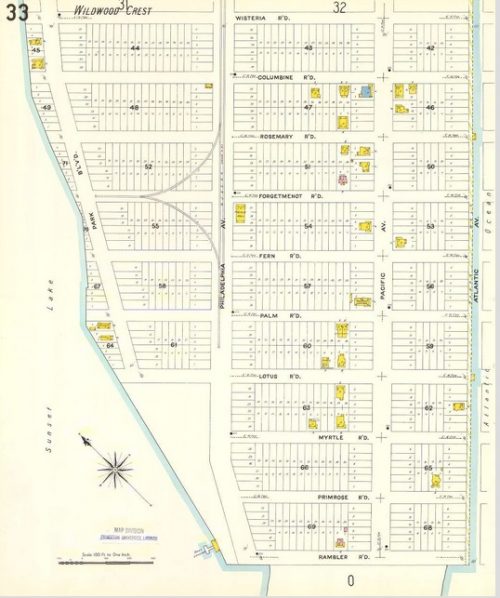 Rail service to the Wildwoods was begun in the early 1900s.  By 1909, a single track extended south on New Jersey Avenue from the Andrew Ave. station in Wildwood to the Wildwood Crest station which was located on New Jersey Ave. at Sweetbriar Rd.  Dual tracks extended south from the Wildwood Crest station and terminated below Palm Rd. A sweeping turn-around spur extended west on Forget-Me-Not Rd. to allow trains to turn and face north, as shown on the Sanborn Map from 1910. Note that New Jersey Ave. was known as Philadelphia Ave. at that time. The area of Wildwood Crest south of Rambler Rd. was undeveloped, and an inlet, known as Turtle Gut, connected Sunset Lake and the Atlantic Ocean.

In the 1920’s, Turtle Gut Inlet was filled in, making it possible for the south end of Wildwood Crest to be developed and rail service to be extended farther south. The extended line ran along Bayview Drive into Lower Township, to Two-Mile Landing where a turn-around loop allowed trains to drop off and pick up fishermen at the docks and turn around and return north.  A present-day aerial photo of the Two-Mile area shows the remnants of the looped trackbed.

The steam locomotive photo from the early 1950s shows a passenger train on New Jersey Ave. between Fern Rd. and Palm Rd. 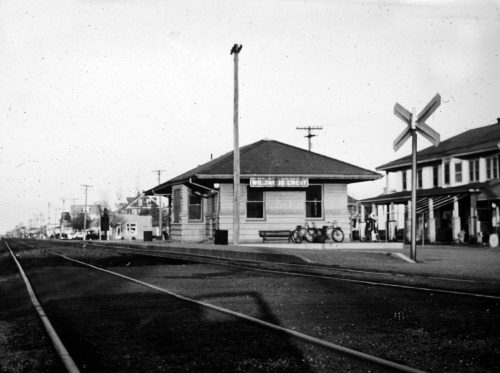 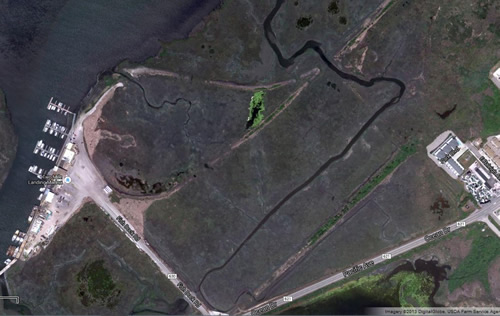 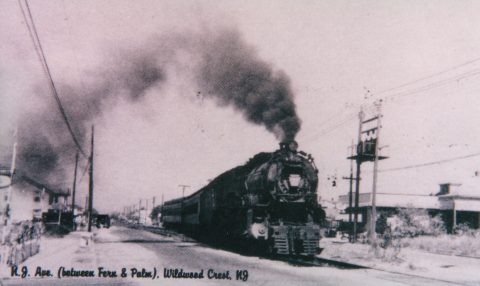